Cross Stitch Angel Patterns are Both Uplifting and Popular!

If you are choosing a cross-stitched gift for someone special in your life, I think that inspirational cross stitch angel patterns may be a design to consider. And I’ll qualify this by answering a couple of questions, namely:

What do we understand about the world of Angels?

Let’s take a look at what we understand about the concept of Angels.

It seems Angels have been around for eons and many facts about them are somewhat vague. However, here are some widely-held and essential beliefs:

For many people an angel is a guiding spirit-being who acts as God’s messenger. Although the characteristics of Angels and the tasks given to them vary across many traditions and religions. In Christianity, Judaism and Islam, they typically act as messengers from God.

Other roles in religious traditions include acting as warrior or guard. Many people believe that Guardian Angels are spiritual beings that assist people here on Earth in various ways. The concept of a Guardian Angel is popular in modern Western culture.

Angels are anthropomorphic – meaning ‘in the shape of men’ – winged forms intended to transmit the word of God to humankind. Angels personify divine will and are the messengers of God.

Winged messengers appear in a number of religions as intermediaries between the spiritual and material worlds, but appear most often in Islamic, Jewish but most particularly the Christian faiths.

What is the origin of angel?

The word Angel comes from the Greek ‘aggelos’, meaning messenger. The concept of angels probably evolved from winged deities described in Egyptian, Sumerian and Semitic beliefs.

Symbols closely associated with angels in art include trumpets, harps, swords, scepters and wands. Angels are usually portrayed as young men with wings and halos, representing their divinity.

The representation of angels as Cupid-like young boys or babies, ‘putti’ did not occur until the period of the Renaissance; generally described as taking place from the 14th century to the 17th century.

If you are thinking of choosing an angel as a subject to cross stitch, you will find that they are a wonderfully inspiring subject.

Do many American people believe in Angels?

There is no one clear-cut answer to this question as it depends largely on personal beliefs, both religious and the varying influences around us.

Note: A survey published in Time magazine revealed that 69 percent of Americans believe in the concept of Angels, and 46 percent of that group believe they have their own personal Guardian Angel.

Many people believe that Guardian Angels are spiritual beings that assist people here on Earth in various ways. This belief is likely due to the widespread exposure to angel stories and characters in popular culture.

For example, viewers of TV shows like “Dawson’s Creek” and “Grey’s Anatomy” are likely to have a greater understanding of the concept of an angel than someone who does not watch such programs.

Additionally, the popularity of books like “The Bible” and “The Life Giving Angel” reinforces the belief among many Americans that angels do actually exist.

Why are angels so popular in cross stitch patterns and designs

To digress for a second, I have recently completed an Angels cross stitch project from our own Patterns Patch patterns gallery. You can have a copy as a free download, if you fill out the form at the bottom of this article.

I stitched this pattern to give as as a gift for a neighbor who has been good to me, and I wanted to do something that showed my gratitude to her.

Before starting this project I knew she had a love for Angels, so decided to search for a suitable pattern.

I soon began to wonder just how popular Angels are in general, which proved the trigger for this article.

First, they are often depicted as gentle and beautiful creatures. This makes them appealing to many people, both Christians and non-Christians alike.

It’s likely that many people believe that angels are guiding spirit beings who act as God’s messengers. Although the characteristics of Angels and the tasks given to them vary across many traditions and religions, in Christianity, Judaism and Islam, they typically act as messengers from God.

Other roles in religious traditions include acting as warrior or guard; the concept of a Guardian Angel is popular in modern Western culture.

Second, angels often symbolize hope or salvation. This can be helpful to people who are feeling down or lost, and it can give them a sense of comfort and peace.

Finally, angels are often used in patterns to represent specific things or concepts (such as love, joy, faithfulness, etc.), which can make them more interesting and engaging to look at.

For example, an angel might represent a guardian angel, or a symbol of hope.

Cross stitch can be a great way to add a little bit of lightheartedness and whimsy to your home decoration projects, and angels make perfect subjects for these designs.

Where can I find cross stitch angel patterns?

Everywhere on the Internet.

TIP: You can use the following technique for finding MANY things on the ‘net.

We have several of our own here on Patterns Patch. However, if you

want to really widen your choice, then your best option is to use your favorite search engine. Simply enter Cross Stitch Angel Patterns, or something similar in the search field.

My favorite  search engine is Google and the graphic on the right shows a recent search for the term Cross Stich Angel Patterns. Google found more than 4 million of them; we’re spoiled for choice!

If you dive right into the search results and start browsing you’ll find there are many excellent images of angels that can send a positive message as a gift to a friend. Here’s an example of just one listing from Amazon:

As you scroll down the page, you see many online sources promoting both free and paid patterns, and also cross stitch angel kits as well. By clicking on any of their images, you’re taken on a journey of discovery to find that ideal cross stitch angel pattern you’ll just love to stitch and give with affection to a friend.

You can be sure of sending a message of friendship, love, and hope that angels symbolize to your friends and family. They’re sure to be appreciated and treasured for a long time to come.

I hope you agree with me there are some really cute designs you might want to incorporate into your own stitching. There are so many of them out there, and so easy to find too.

I hope you’ll consider sharing your experiences with us for searching and finding that special cross stitch pattern, in the comments section below. Whether they’re good or bad, I answer all comments left.

So, if you’ve any cross stitch questions and/or or stories, please respond below or email me (janis@patternspatch.com). 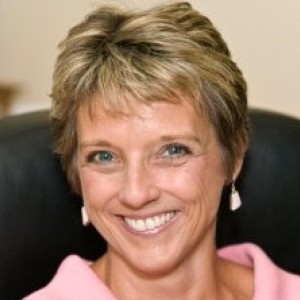 Hi, I'm Janis, lead writer on this site and author of the best-selling "Cross Stitch Made Easy".

We are supported by our audience. When you purchase through links on our site, we might earn an affiliate commission.
Learn More